How To Hand-Wind Yarn From A Skein

Blog » World Travels » How To Hand-Wind Yarn From A Skein

How To Hand-Wind Yarn From A Skein

Blog » World Travels » How To Hand-Wind Yarn From A Skein

If you buy a hank (sometimes called "skein") of yarn and they don't wind it into a ball for you at the store, you'll need to do it at home. IF you don't have a swift or ball-winder, here's how to do it by hand.

First, the goods: my first video filmed in Argentina.

I bought some gorgeous yarn at a yarn store here, but they didn’t wind it for me. Voila – instant video topic!

Here’s how to take care of a hank of yarn and wind it properly at home (or abroad) without a swift or ball-winder: 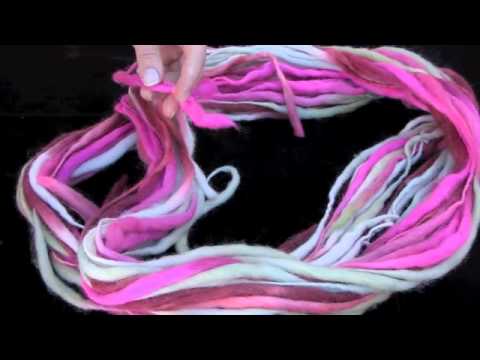 Winding Yarn From A Hank

And here are some photos from my travels so far.

Mate (pronounced MAH-teh) is the ubiquitous drink of Argentina.

It consists of a dirt-cheap bag of “yerba” (pronounced “SHIER-bah” or “JIER-bah”), sometimes with sugar added, steeped multiple times in almost-boiling-hot water, and sipped through a “bombilla” (pronounced bom-BEE-shah) – a metal straw with a filter at the bottom. Or injected directly into the vein, as it would almost seem! Here is a hot water dispenser for mate at the bus station. Since almost everywhere in Argentina is about 20 hours away by bus, you wouldn’t want to go into withdrawal halfway through the journey! Better fill up… 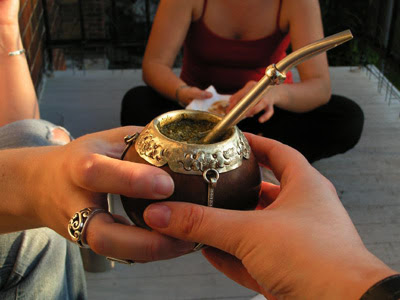 After a tough start in a new town, you can imagine my relief when I found this… Then, after venturing far into the “zona roja,” or “red zone” (not at night), I found this! It says, “If You Knit, Knit With Nube!” I was sold. I came back the next day to explore the store. And bought three skeins of this! It wasn’t as cheap as I had expected (about US $10 per skein), but today I saw a lanarí­a (a yarn shop) on my way to Spanish class, so I’m going to go check out what they have.

So before I sign off, here’s one last photo, from filming day on the roof of the hostel in downtown Mendoza. When I walked back up after retrieving something from the room, I was struck by my workspace. How crazy and beautiful to be here!

I’ve just moved into an apartment here, with a guy who doesn’t speak a word of English. He’s a med-school student who used to play soccer (fútbol) professionally. Whee! 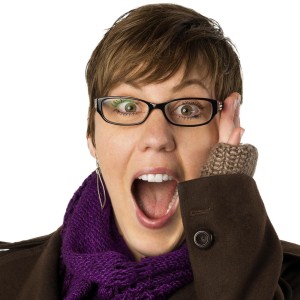 Stop making these common mistakes and knit with confidence

16 thoughts on “How To Hand-Wind Yarn From A Skein”