Use short-tail cast-ons to cast-on in the middle of a project or to add cast-on stitches when you run out of tail. The Purled Cast-On is the exact opposite of the Knitted Cast-On and is used to add stitches when you’re on the purl side of your work.

It looks exactly the same as the knitted cast-on, only viewed from the back. 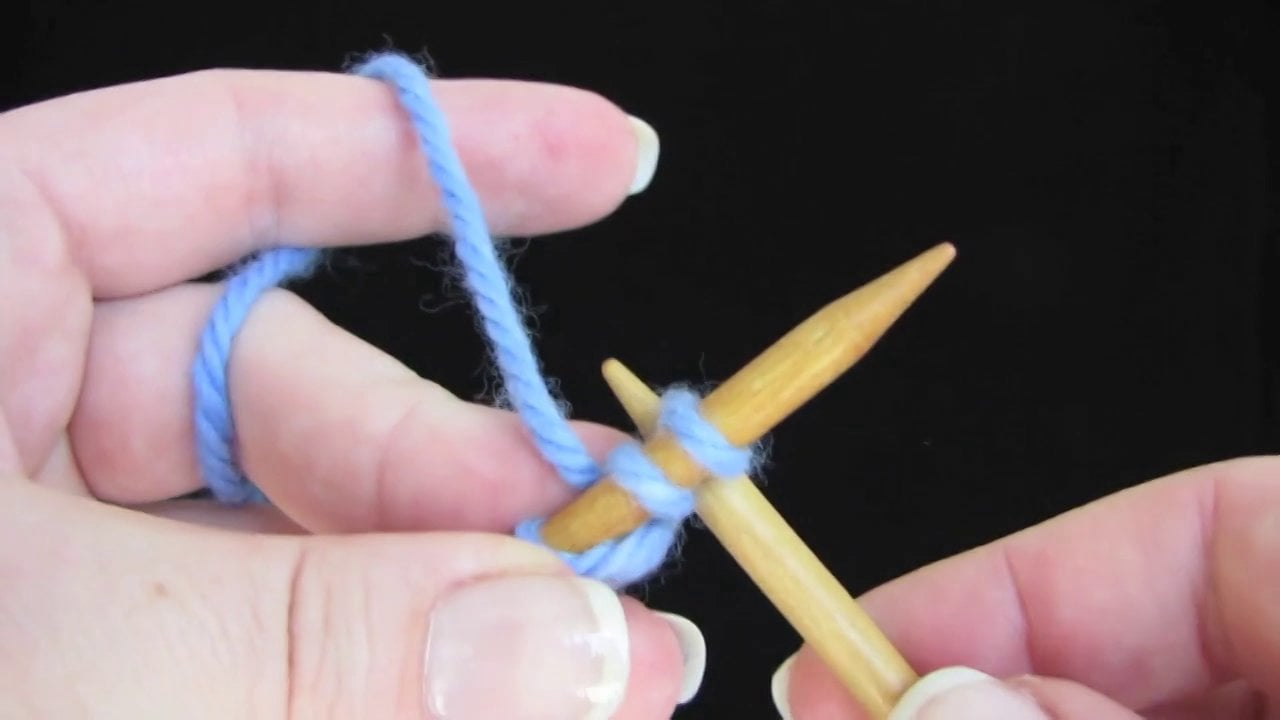 The Cable Cast-On is just as easy as the knitted cast-on but has a beautiful and firm twisted edge.

The edge is not very elastic but it is quite sturdy, so you can use it for projects where the edge needs to be decorative but not highly stretchy.

I recommend this short-tail cast-on for adding stitches in the middle of a project. The special thing about the chain cast-on is that it’s the only cast-on that exactly matches the Standard Bind-Off, so you can use it to create perfectly matching cast-on and bind-off edges.

However, because it creates a rather obvious edge, this wouldn’t be a great choice for adding stitches in the middle of a project. The Backwards Loop Cast-On is the easiest of them all.

It’s great for teaching to children and beginning knitters. However, it’s not very sturdy or stretchy, and it’s also difficult to knit into.

The stitches act like a Chinese finger trap and tighten as you knit each one – not very desirable.

Learn this cast-on so you can teach it to your kids and your beginning-knitter friends, then learn a better short-tail cast-on as soon as possible. The Double-Twist Loop Cast-On is an attractive short-tail cast-on that is relatively fast to do.

It has a sturdy double-twisted edge and, like all short-tail cast-ons, it can be used to add stitches in the middle of any project. The Knitted Cast-On is a very easy short-tail cast-on based on the knit stitch. It is moderately stretchy and only semi-durable- it tends to get stretched-out with use.